A Chinese version of the Hacksaw Ridge 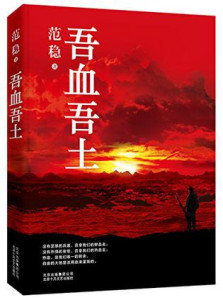 What would a literature student steeped in the verses of Byran and Tang Dynasty poetry do in the battlefield, why would he keep on making choices that turned a war hero into an “enemy of the people”, and what made him to treasure the ideals of his youth despite the sufferings?

吾血吾土
范稳
北京出版集团公司
北京十月文艺出版社
2014年10月北京
By Jun Liu
Recently, Mel Gibson’s Hacksaw Ridge brought viewers back to the bloody battlefront of WWII.
Sadly, another equally ferocious battle between the Chinese and the Japanese at the same period of history has been largely forgotten.
The Battle of Songshan (松山, meaning Pine Mountain or Matsuyama in Japanese) fought in Burma in 1944 saw some of the worst sufferings in human war history. Soldiers of the Chinese Nationalist Army and the Japanese side had to wade through maggot-covered human innards under heavy bombardment.
In Hacksaw Ridge, medic Desmond Doss chose not to fire a shot but he went back to the bombarded frontline again and again to carry out some 100 wounded soldiers. He won the Medal of Honor and became a war hero well remembered today.
In Chinese author Fan Wen’s latest novel 吾血吾土 (temporarily translated as My Blood My Bone), the equally courageous protagonist isn’t so lucky.
He won a medal under a friend’s name, and he couldn’t reveal his identity in the endless political movements until his name, together with those of more than 100,000 Chinese soldiers who died fighting the enemy in Burma, became an oblivion.
A game of puzzles
Reading Fan’s novel is like solving a game of puzzle: The protagonist has a number of aliases which are revealed painstakingly, bringing readers ever deeper into the veteran’s most heroic moment in battle.
As Japan launched a full-scale invasion of China, several prestigious universities in northern China had to journey thousands of miles to Kunming of Southwest China’s Yunnan Province if the next generation of Chinese could grow up not being slaves of the invaders. This was the National Southwestern Associated University (西南联大), where the staff and students sought to pass on knowledge under constant bombing and danger of starvation. 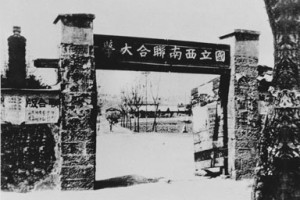 Three outstanding students, Zhao Cen, Liu Cangbi and Liao Zhihong, signed up for the elite Whampoa Military Academy, in the hope of fighting Japanese invaders directly.
After they sank a Japanese warship on the Yangtze River, Liu went to Northwest China’s Yan’an for the Communists, while Zhao stayed on the Nationalist side and took part in the China Expeditionary Force to fight the Japanese in Burma.
At the Battle of Songshan, Zhao chanced upon his best friend Liao. A mix-up of uniforms led people to believe that Zhao had died in battle, while Liao suffered severe burns all over the body and gained a top medal of military merit.
With the deformed face, the actual Zhao was sent north after Japan’s surrender, but his refusal to shoot Chinese Communists earned him an execution order. Saved by a sympathizing general, Zhao returned to the university where he tried in vain to protect his old Professor Wen Yiduo, who was openly against the civil war between the KMT and the Communists.
Zhao tried to remain anonymous as he supported a progressive drama troupe with income from a noodle shop. Though he was drawn to the glamorous leading actress, Zhao didn’t follow her abroad in 1949, and wedded her sister instead.
In almost every political movement until the 1970s, Zhao remained a primary suspect due to his complicated history. He was ratted out by former colleagues and even his own son, but he also snitched on a soldier who saved his life.
Each time he gave up an alias, Zhao earned himself a longer sentence. From his solitary hole Zhao was often pulled out to be put at gunpoint in a mock execution. The brief periods when he toiled as a carpenter seemed blissful. All this while, three of his children died, and his wife was forced to remarry.
In the 1980s, the Japanese soldier whom Zhao had captured at Songshan came back to China, trying to relocate the remains of his fellow soldiers to Japan.
This served as a wake-up call and Zhao began an expedition to bring the remains of Liao to his hometown. His helpers came from all walks of society, including the son of his old schoolmate Liu Cangbi, who had been secretly protecting him all these years.
Narrative structure
Fan had displayed an outstanding command of narrative structure in Harmonious Land (水乳大地), the first of his Trilogy on Tibet, which also includes Pitiful Land (悲悯大地) and Canticle to the Land (大地雅歌).
He started Harmonious Land from the end of the story’s timeline, somewhere in the 1990s, and immediately came all the way back to the mid-19th century, in this way the chapters spiral down, until they finally meet in the middle climax. 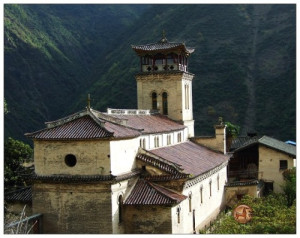 The new novel is another bold experiment. Almost every chapter begins with the protagonist’s confession about an alias. This is followed by narration and letters, carefully sprinkled with clues to his true identity.
After 30 years of sufferings, Zhao finally admitted to his old schoolmate that he once trained at the Sino-American Cooperative Organization in Chongqing, a notorious secretive agency. That might seem a surprise but it’s highly logical, no one would be insane to confess the worst of his “crimes” at the beginning.
This disorderly, and somewhat inconvenient, narration structure does match what would have happened to a political suspect in those years, and it certainly keeps readers fully engaged.
Lab of human nature
The story can be a magnet for those who care about the National Southwestern Associated University, better known in China as 西南联大.
Many of my teachers and schoolmates at the high school in Kunming were descendants of that unique academy. Every year, we’d visit the steep lane where professors Li Gongpu (李公朴) and Wen Yiduo (闻一多) were assassinated by secret agents in the 1940s. 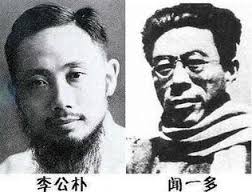 Throughout Chinese history, intellectuals, or literati, has been noted for their stubborn persistence to high moral principles. In modern history, the invasion of Japan from 1937 to 1946 created another lab of human nature for Chinese intellectuals.
Four Generations Under One Roof (四世同堂) by Lao She (老舍), Fortress Besieged (围城) by Qian Zhongshu (钱钟书), The Wild Gourds (野葫芦引) by Zong Pu (宗璞) and The River of Big Torrents (巨流河) by Taiwan author Chi Pang-yuan (齊邦媛) have all provided unforgettable insights.
But Fan’s novel goes one step further: What would a literature student steeped in the verses of Byran and Tang Dynasty poetry do in the battlefield, why would he keep on making choices that turned a war hero into an “enemy of the people”, and what made him to treasure the ideals of his youth despite the sufferings?
Devoted author
I met Fan in Beijing a few years ago, when he was about to finish the ten-year project on Tibet. He was already doing research on the long-forgotten soldiers who fought the Japanese in Burma.
Very little has been written about this part of the war. It was only in recent years that attention has been brought to the last dozen surviving veterans.
When Fan visited Fu Xinde (付心德), he was about 100 years old and rarely spoke. Fan was talking to the veteran’s son when all of a sudden, the old man gazed at the writer and said distinctively, “I fought the Japanese!”
“Just that one line, and it moved the skies and touched the earth, piercing through the haze of history,” Fan wrote in the epilogue. 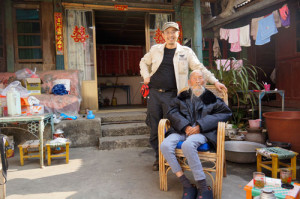 Over the years, I interviewed Fan for his novels. This is an author who would spend years devouring hundreds of books for accurate details including the French missionaries’ posts on the outskirts of Tibet, and then proving them by trekking into remote mountains, braving leeches, sudden midnight floods or landslides.
I am truly happy for the author that Stéphane Lévêque, who translated Harmonious Land into French, also found it necessary to visit the grand canyons between Yunnan and Tibet to get firsthand information for that novel.
It would have been better, however, if the author had let the characters do their talking in the new novel. The long passages of passionate outburst can be justified out of respect for the veterans, but when it comes to how the Japanese soldiers and young people see that war, the long comments feel somewhat unbalanced.
Tags: literature
Subscribe

Recent Posts from This Journal